Exclusive 6 hours city tour in Budapest - fascinating historical and cultural information of past and authentic aspects of present life in Budapest.

6 hours city tour in Budapest with English speaking private driver
Mercedes Van: 300,- €
- Discover Budapest, the Queen of the Danube on a private minibus scenic tour! We offer a fascinating historical and cultural sightseeing trip in Budapest.
- Budapest - is often called the Paris of the East - is the capital city and the largest city of Hungary, and one of the largest cities in the European Union. It is the country's principal political, cultural, commercial, industrial, and transportation centre, sometimes described as the primate city of Hungary. In 2015, according to the census, Budapest had 1.75 million inhabitants, with the suburbs its ower 3 million. The city covers an area of 525 square kilometres (202.7 sq mi) within the city limits. Budapest became a single city occupying both banks of the river Danube with an unification on 17 November 1873 of west-bank Buda and Óbuda with east-bank Pest.

- Budapest Gellért Hill is a 235 m (771 ft) high hill overlooking the Danube. Gellért Hill was named after Saint Gerard who was thrown to death from the hill. The famous Hotel Gellért and the Gellért Baths can be found in Gellért Square at the foot of the hill, next to Liberty Bridge

- The Citadel in Budapest was built after the 1848–49 Hungarian uprising by the ruling Habsburg Austrians, as it was a prime, strategic site for shelling both Buda and Pest in the event of a future revolt. Gellért Hill also saw action in the Second World War and the 1956 Hungarian Revolution, when Soviet tanks fired down into the city from the hill. There is a small military museum in the Citadel’s grounds.

- Liberty Statue or Freedom Statue is a monument on the Gellért Hill. It commemorates those who sacrificed their lives for the independence, freedom, and prosperity of Hungary. The 14 m tall bronze statue stands atop a 26 m pedestal and holds a palm leaf.

- Buda Castle is the historical castle and palace complex of the Hungarian kings, and was first completed in 1265. In the past, it has been called Royal Palace. Buda Castle was built on the southern tip of Castle Hill, bounded on the north by what is known as the Castle District (Várnegyed), which is famous for its Medieval, Baroque, and 19th-century houses, churches, and public buildings.

- Matthias Church is a Roman Catholic church located in front of the Fisherman's Bastion at the heart of Buda's Castle District. According to church tradition, it was originally built in Romanesque style in 1015. The current building was constructed in the florid late Gothic style in the second half of the 14th century and was extensively restored in the late 19th century. Officially named as the Church of Our Lady, the popular name Matthias Church.

- Fisherman's Bastion is a terrace in neo-Gothic and neo-Romanesque style situated on the Buda bank of the Danube, on the Castle hill, around Matthias Church. It was designed and built between 1895 and 1902. Its seven towers represent the seven Magyar tribes that settled in the Carpathian Basin in 896. The Bastion takes its name from the guild of fishermen that was responsible for defending this stretch of the city walls in the Middle Ages.

- Central Market Hall is the largest and oldest indoor market in Budapest. The building was completed in 1896. It is located at the end of the famous pedestrian shopping street Váci utca and on the Pest side of the Liberty bridge. A distinctive architectural feature is the roof which was restored to have colorful Zsolnay tiling from Pécs. The area size of the building is 10,000 square meters, which is covered by steel structure.

- Hungarians are especially passionate about their meat stews, casseroles, steaks, roasted pork, beef, poultry, lamb and game. The mixing of different varieties of meats is a traditional feature of Hungarian cuisine. Goulash, stuffed peppers, cabbage rolls, and Fatányéros (Hungarian mixed grill on a wooden platter) are all dishes that can combine beef and pork. Goulash is a stew with more gravy or a soup using meat with bones, paprika, caraway, vegetables (typically carrots and parsley root) and potatoes or various tiny dumplings or pasta simmered with the meat.

- The basement contains a supermarket, fish market, and pickles. Not only do they have traditional cucumber pickles, but they also offer pickled cauliflower, cabbage, beets, tomatoes, and garlic. The market is closed on Sunday, opens at 6am on other days, and closes at 5pm Monday, 6pm Tue-Fri and 3pm Saturday.

- Millennium Memorial the central site of the Heroes' Square, as well as a landmark of Budapest, with statues of the leaders of the seven tribes that founded Hungary in the 9th century and other outstanding figures of Hungarian history. The construction of the memorial was started when the one thousandth anniversary was celebrated (in 1896), but it was finished only in 1900 and the square got its name then.

- Vajdahunyad Castle is a castle in the City Park. It was built between 1896 and 1908 as part of the Millennial Exhibition which celebrated the 1000 years of Hungary since the Hungarian Conquest of the Carpathian Basin in 895. The castle was designed by Ignác Alpár to feature copies of several landmark buildings from different parts the Kingdom of Hungary. As the castle contains parts of buildings from various time periods.

- The Hungarian Parliament Building is the seat of the National Assembly of Hungary, one of Europe's oldest legislative buildings, a notable landmark of Hungary and a popular tourist destination of Budapest. It lies in Lajos Kossuth Square, on the bank of the Danube. It is currently the largest building in Hungary and still the tallest building in Budapest.

- National Assembly is the Parliament of Hungary. The unicameral body consists of 386 members elected to 4-year terms. The Assembly includes 25 standing committees to debate and report on introduced bills and to supervise the activities of the ministers. The assembly has met in the Hungarian Parliament Building in Budapest since 1902.

- Vigadó Concert Hall is Budapest's second largest concert hall. Although the acoustics are lacking, the building itself, designed by Frigyes Feszl in 1859, makes a bold impression along the Pest embankment. The Budai Vigadó is the home stage of the Hungarian State Folk Ensemble. The group having started in 1951 with Hungarian traditional dance and music.

- Danube Promenade - is located on the Pest side of Budapest, Hungary. On the bank of the Danube, this promenade extends from the Széchenyi Chain Bridge to the Erzsébet Bridge. In the midst of boxes of glass hotels is the eccentric Neo-Byzantine Vigadó Concert Hall. Behind the Vigadó is the local hub of the city, Vörösmarty square, and the traditional Gerbeaud coffeehouse at the pedestrian Váci street.

- Café Gerbeaud situated at Vörösmarty tér 7 in the Budapest city centre at the northern end of Váci utca, is one of the greatest and most traditional coffeehouses in Europe. Váci street is the main pedestrian thoroughfares and perhaps the most famous shopping street of central Budapest, Hungary. It features a large number of restaurants and shops catering primarily to the tourist market.

- My name is Emil Bokros, founder of Vienna Budapest Transfer Service. I founded my taxi company in 1988 as a side-job, while i have been a licensed driving instructor. As time has passed, I felt for sure, this job was made for me! Over these years I have met so many interesting individuals and seen countless amazing places. I regard driving as profession and passion. I have high standards, i hold - in the first place - myself to in connection with passenger transport - friendly, helpful attitude, discretion and precision - and I expect the same from my colleagues too. Besides Hungarian, I speak English and German fluently, which has been a great advantage during the years. In my career, I have covered a distance of 4 million kilometers - half of it was on the roads of foreign countries. My main profile - apart from office work - are airport transfers, intercity transfers, long distance passenger transport and minibus sightseeing tours. 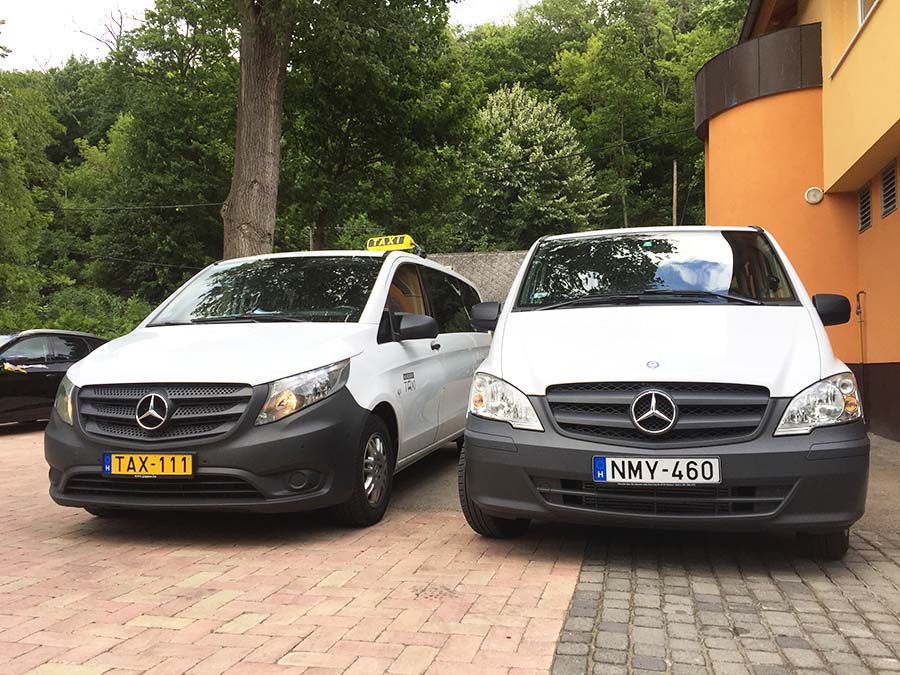 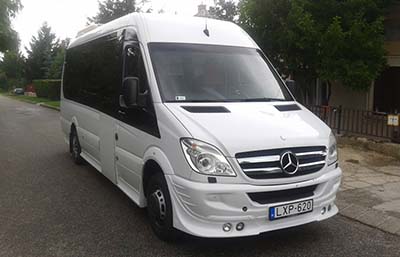